The role of blockchain is provoking a lot of debate amongst identity professionals. We have asked some of the industry’s foremost experts to share their insights and perspectives. So, is there a future for identity and the blockchain?

I’d say unquestionably. In fact, I think identity is one of a few killer apps for blockchain

technology. The offering allows for a slew of interesting applications of zero-knowledge storage and proofs, which in turn make a shift away from the existing centralised infrastructures for identity verification possible.

Data breaches are a problem that have certainly captured the limelight over the past year. Current databases are essentially honeypots that are highly appealing to malicious actors seeking a lucrative target. It’s a trend that simply cannot be allowed to continue, particularly as our reliance on digital profiles continues to grow.

Although regulators have been pushing to eradicate it (with initiatives like GDPR), I think the solution lies in technological approaches. With blockchain, the structures at the core of the problem – centralised data silos – can be removed from the picture altogether. This is exactly what we’re aiming to do with our own solution: the Nuggets payments and identity platform is built atop the Ethereum blockchain, and uses zero-knowledge storage in such a way that an individual – and that individual only – can access their own information, whilst at the same time still being able to interact with third party services and prove their identity via a network of cryptographic attestations.

Blockchain technology is set to make the ‘self-sovereign identity’ a reality. It marks the end of an age where third-parties control user data, and instead puts this control back where it belongs – in the hands of the individual to whom it belongs.

Jacob Piotrowski, CEO and Founder of Give Bytes

Yes, there is a future for Blockchain and identity for sure. We rely more and more on digital goods and services today, which we purchase from various digital markets.  Books, music and videos are now digital assets that are available to us as soon as we make the payment/transaction.

With increasingly popular sharing-economy services like AirBnb and Uber we expect similarly smooth experiences and convenience while transacting with public sector services such as healthcare, immigration, education, public transport or land registry.  To ensure scalability, security and privacy building a Blockchain-based ID appears to be the perfect solution.

For now, every online service that requires ID verification needs to rely on expensive third-party solutions.  We are building a platform (Give Bytes) where supporters can donate their computing power to a fundraising campaign of their choice. We believe that ensuring the authenticity of the fundraisers who create their crowdfunding campaigns is important and as such, we believe Blockchain is the future so we’ve decided to partner with an online ID verification provider.  This provides individuals with a verified digital identity, while empowering them to have the overview of their personal information and control of data sharing agreements.

Today, when you arrive at an airport and go through border control your eye’s iris is scanned along with your passport. With the rapidly improving accuracy of machine learning and a false accept rate of 1-in-1.5 million for a single eye, decentralising and encrypting this information by putting it on Blockchain seems like the most natural step we should take.

Financial organisations and government institutions need access to end users’ personal data in order to operate, and it’s important that this information is reliable 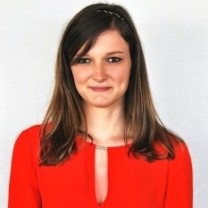 and trustworthy. Recently, organisations have started looking into providing customers with one consistent and secure process to register, login and transact in the form of ubiquitous digital identities. These need to be protected at all costs and consumers should have the ability to not only control their own identity but also be aware of who has access to it.

Incorporating blockchain into this process can help and represents a major shift in power and convenience for end users. For example, the Self Sovereign Identity scheme relies on blockchain to bring together trust, and security to mutualize KYC efforts. Instead of relying on a central authority to control the verification of all the IDs, it leverages the capabilities of multiple trusted parties that create attestations on the distributed ledger. The end user’s personal data remains under his sole control and they can decide what identity attributes can be shared and with whom. This highly secure framework is operated in line with customer data privacy regulations principles, mainly GDPR, including data protection, transparency, consent management, as no sensitive data is stored on the blockchain. So, the future for identity and the blockchain looks bright because schemes such as the Self Sovereign ID enable the creation of a much richer and broader ID network where any participant can verify and trust part of a user’s identity.

Despite privacy concerns, blockchains and distributed ledger technology can truly revolutionise identity. A project called Sovrin helped spearhead the self-sovereign identity movement. The idea is that individuals are in complete control of their identity and are not tied to any central authority. They released a paper in 2016 https://sovrin.org/library/) introducing some of these concepts.

It’s been said by many times that blockchain identity is a holy grail of blockchain. The identity layer we missed off the internet. When we think of identity we immediately think of passports and birth certificates – documents that governments issue. Of course, identity is much broader, it covers everything about a person, where they work and their favourite flavour ice-cream. Most people think that these less private forms of identity are going to be the first blockchain identities to go mainstream as these forms of less sensitive information have lower risk implications.

An example of the innovation happening on less sensitive identity systems are UK companies R_Block (https://rblock.co/) & DREAM (Dream.ac). These two blockchain start-ups have come together to give the developer community, control of their professional reputations and ultimately build a blockchain CV. Through the collaboration, a freelance blockchain developer might look to take back ownership of his work identity from sites like LinkedIn, Fiverr and Upwork.com. To this end, DREAM and R_Block have agreed to share identity and reputation data to in pursuit of the shared goal of creating a decentralised work identity.

Therefore, the vision for government grade identity is for a farmer in a third world country to hold a decentralised digital identity that proves he is the owner of his land and livestock.

Currently that same farmer is not able to prove this even on paper under the current government systems. In addition, he may then have access to travel and financial services through this digital identity previously inaccessible under his current government.

Contrary to expectations, many countries have been investigating, piloting and creating think tanks to investigate human blockchain identities. Estonia was the first to use blockchain at a national level with their E-Citizenship program. Estonia utilized the distributed ledgers technology to create their own identity system called ID-kaarts or ID-cards (https://e-estonia.com/solutions/security-and-safety/ksi-blockchain/)

A town in Switzerland called Zug otherwise known as crypto valley is following suit. They are going fully crypto as they try and win the race to become the most favourable spot for crypto companies to setup: (https://www.finews.com/news/english-news/28087-zug-to-use-blockchain-for-citizen-id).

The reality is that from a technical perspective these solutions are using very centralised flavours of blockchain. But regardless it’s incredible to see such serious forms of identity at being adopted at national level and adding real world value for individuals and their governments. This is certainly the start of the journey towards widespread blockchain identity adoption.

Begin typing your search above and press return to search. Press Esc to cancel.